"Being a player before a coach brings added value when managing"

A knee injury deprived Marcelino of a longer career. Even so, he played in the First Division and was international with Spain in the lower categories. 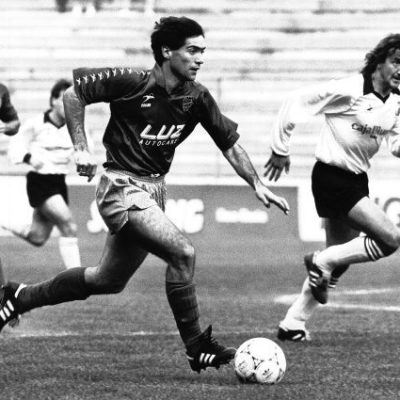 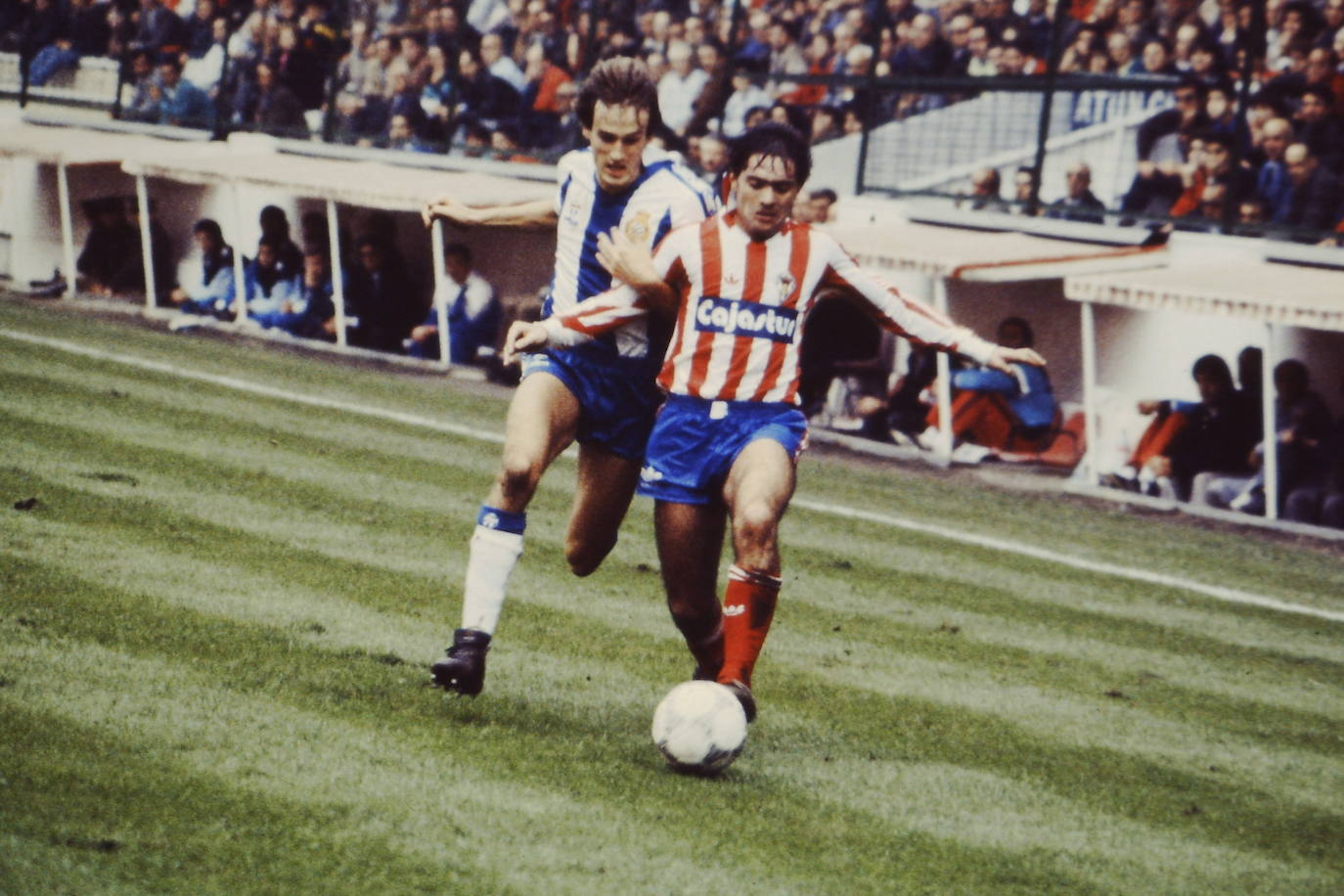 Originally from Villaviciosa, a small town in Asturias, in Northern Spain, Marcelino trained in the lower categories of Sporting de Gijón. He made his debut with the first team on December 22, 1985, in a 1-1 draw at home against RC Celta de Vigo. In Sporting he played four seasons, participating in a total of 86 games.

After two seasons with Racing Santander and Levante UD, MGT ended up at Elche CF, where he retired prematurely in 1994 at the age of 28 due to a knee injury. 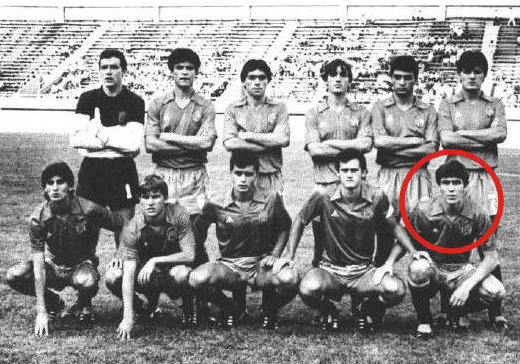 MGT was regularly called up to play with the lower categories of the national team. Between the U18 and the U21, he added 25 caps, reaching the final of the 1985 U-20 World Cup.

In less than a decade , Marcelino went from making his debut in the Third Division to being named Best Coach in Spain. 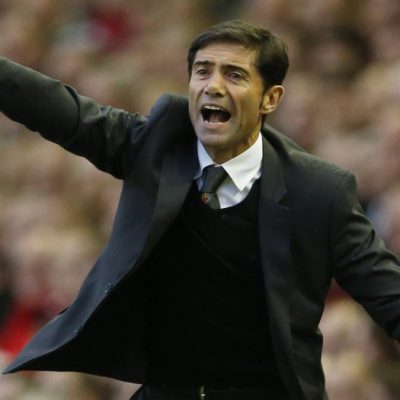 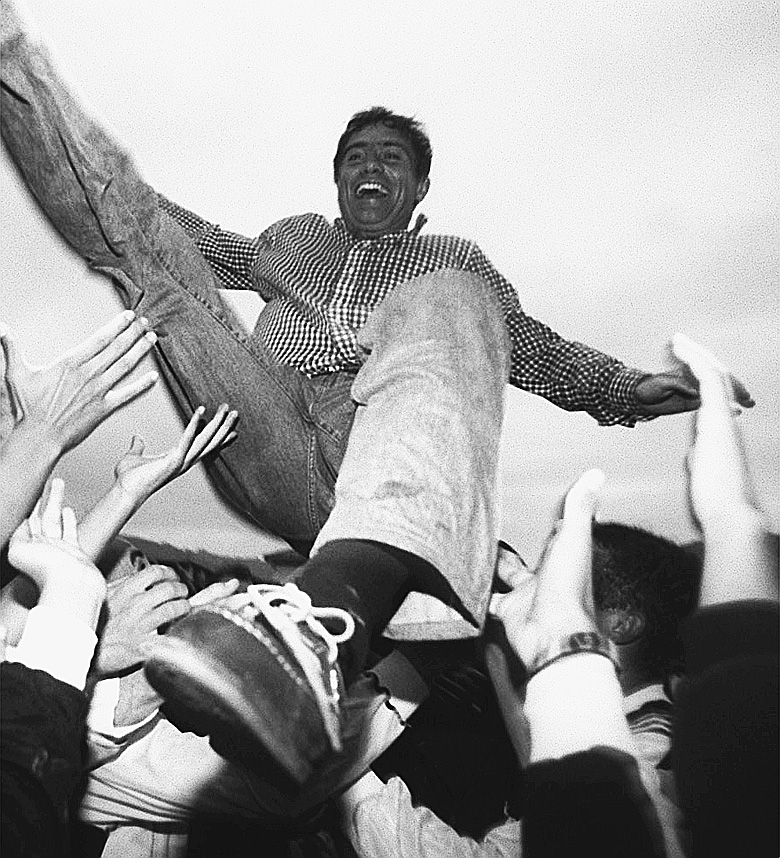 He began training at the age of 33 with the humble CD Lealtad, a Third Division team in Asturias with which he achieved promotion to Second B. At the beginning of the 2000s he joined the club where he had made his debut as a footballer: Sporting de Gijón.

For two years he headed the Sporting de Gijón first team, finishing fifth and tenth in the Second Division, with a group of young players and one of the lowest budgets in the league. 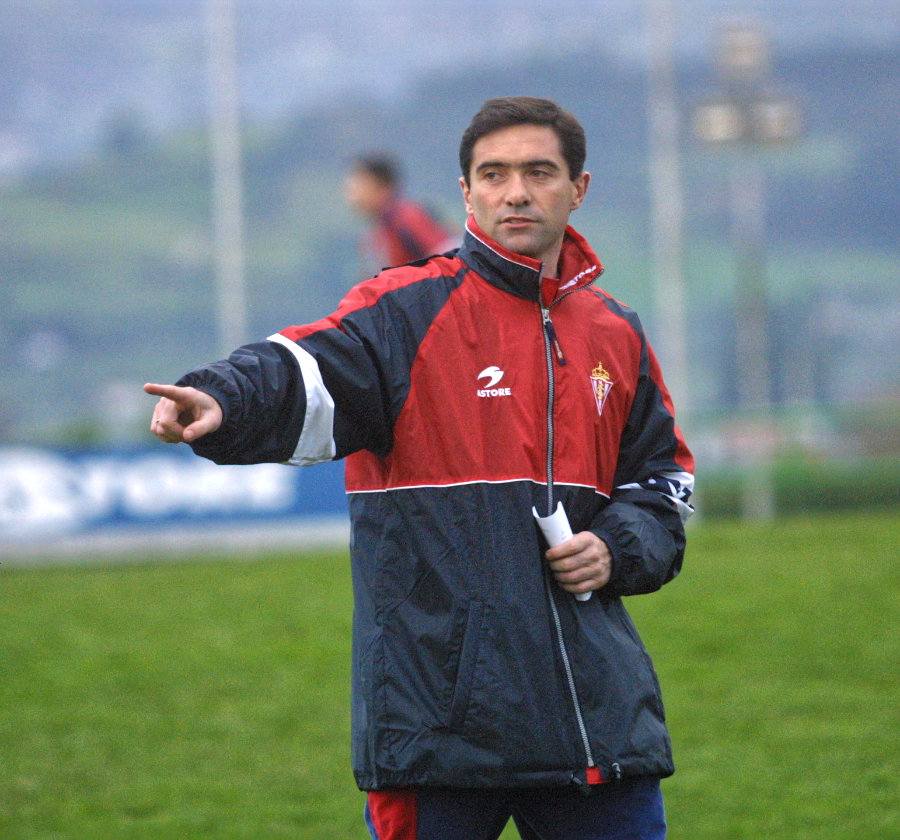 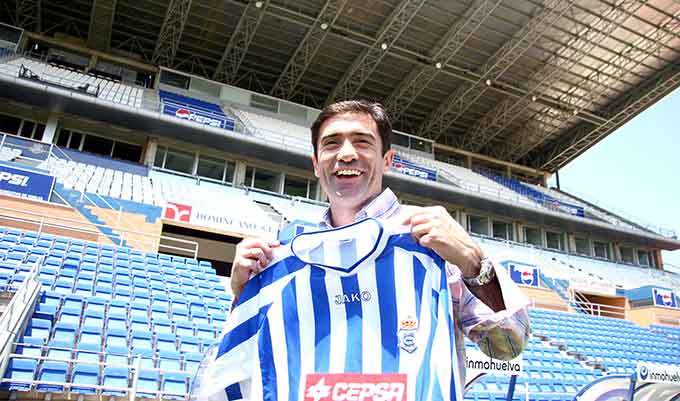 His next stop for him was RC Recreativo de Huelva, the oldest team in Spanish football. There he led the promotion to La Liga in his first season and achieved a creditable eighth position in his debut season in the highest category of Spanish football. For the club it was its highest position on the table in its history.

2007-08: After resigning in Huelva, MGT took over the management of Racing de Santander. He led the Cantabrians to a sixth place in the league, the best position in their history, achieving qualification for the UEFA Cup. That same season also saw the best participation of Racing in the Copa del Rey, where they reached the semifinals. At the end of the season, MGT left the green-and-white team for Zaragoza.

Years later Marcelino lived a second stage in Santander, where he arrived with the team in relegation places, but managed to redirect the situation and save the category. 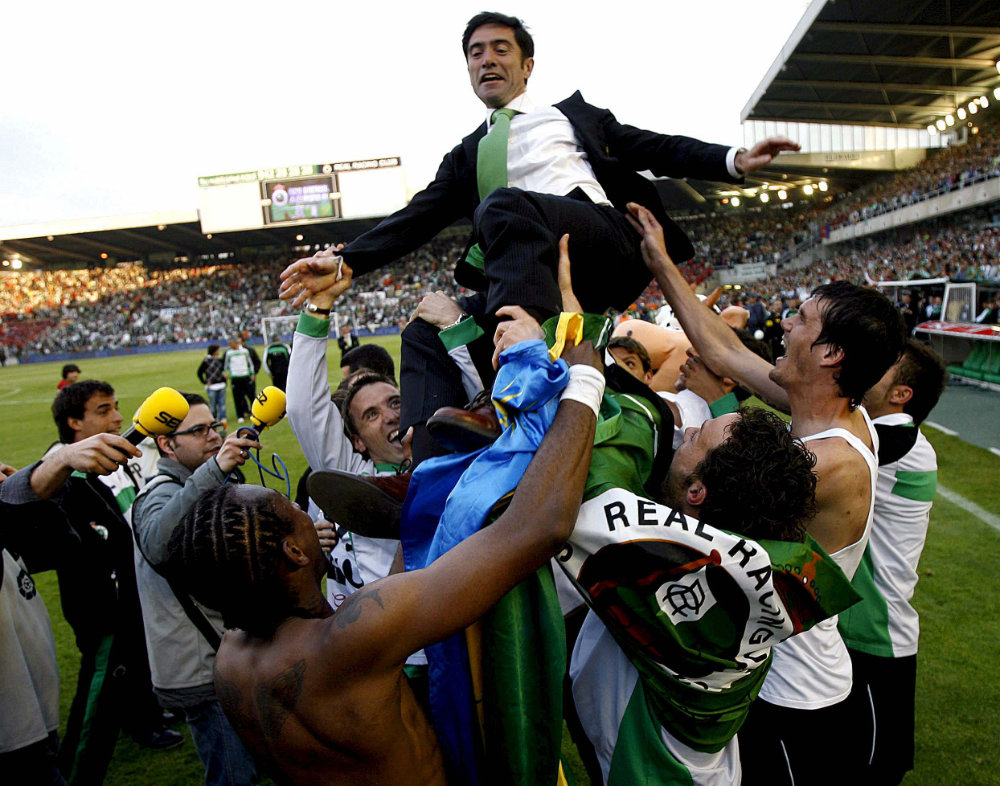 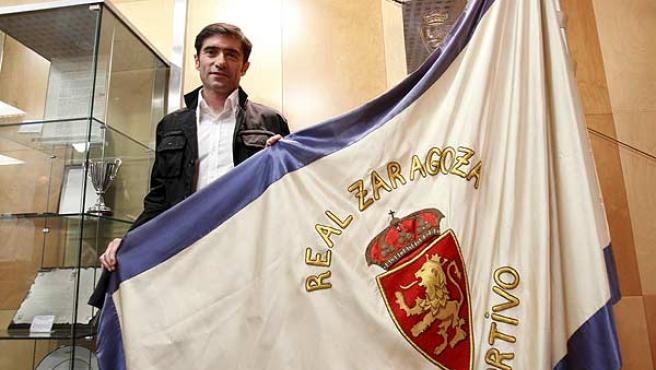 In the summer of 2008, Real Zaragoza in the Second Division trusted MGT to return the club to the First Division. The bet was a success and the goal was achieved that same season.

After his second stage in Santander, Sevilla FC signed MGT in the summer of 2011. Despite a good start, the course of the season changed and in February 2012 he was dismissed. Both Marcelino and key leaders of the Sevilla club agreed that there had been failures by both parties and both assumed their responsibility. 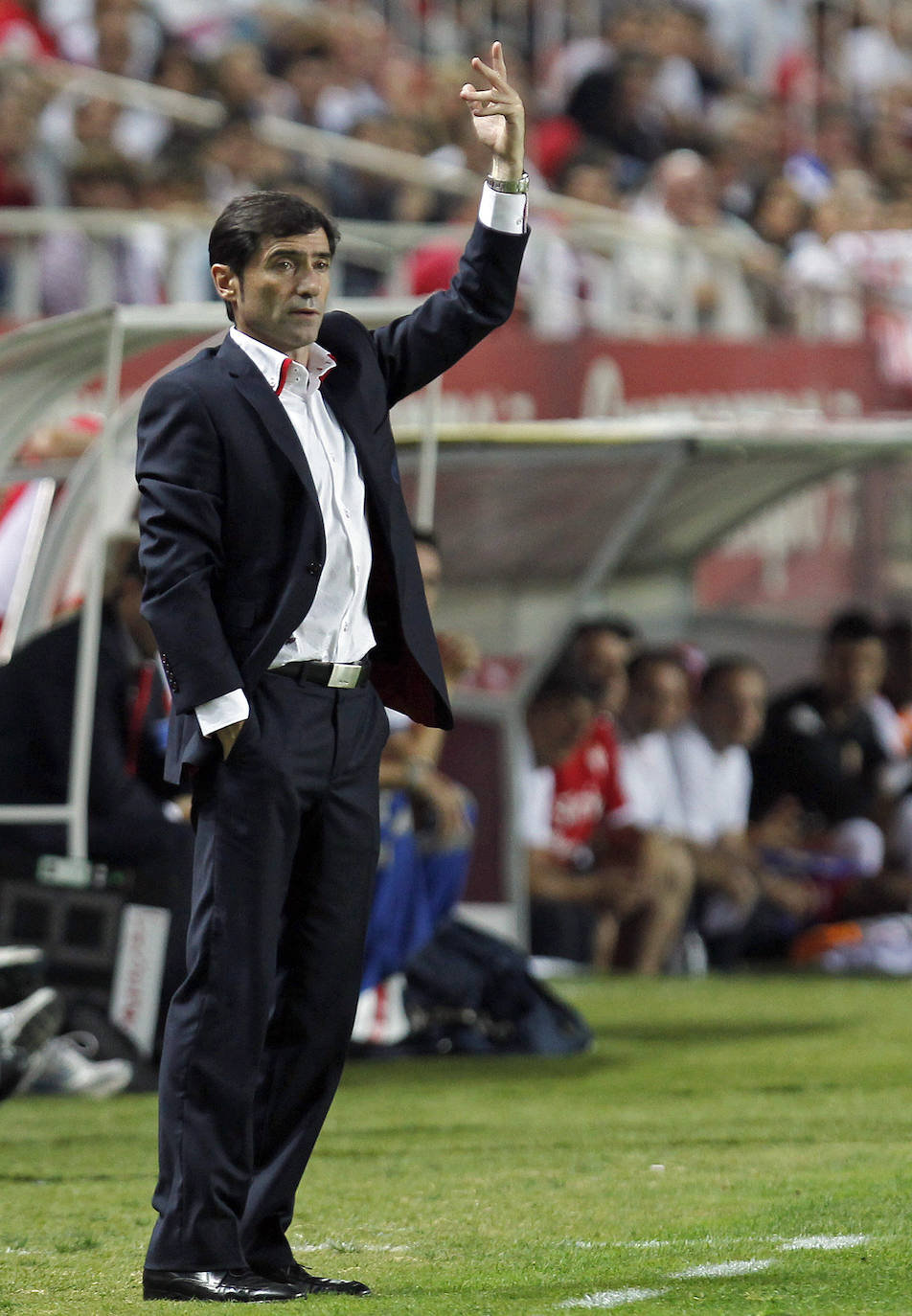 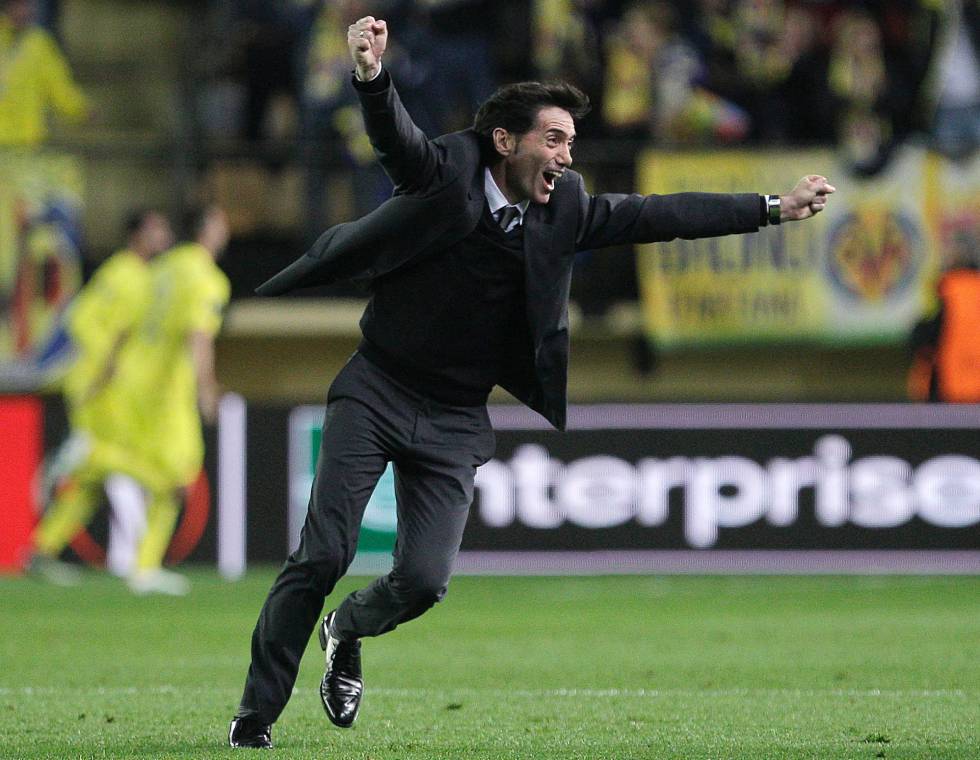 In January 2013 MGT started a fantastic journey with Villarreal CF, in Second Division. The first success was to return the team to First Division. In the following three seasons, they managed to finish the league in the top six, including a fourth place and qualification for the UEFA Champions League.

In addition, during this stage he reached two semi-finals: one in the Copa del Rey and another in the UEFA Europa League, where he even won the first leg against Jurgen Klopp’s Liverpool.

On May 11, 2017, Valencia CF announced his hiring as the team’s coach from the 2017-18 season in which he achieved a fourth place and qualification for the Champions League.

A season later, he repeated the fourth position in the League and was proclaimed champion of the Copa del Rey after beating FC Barcelona in the final and obtaining a new title for the Valencian club 11 years after their last success in this competition.

However, at the beginning of the 2019-20 season, Peter Lim decided to dispense with the services of the Asturian coach. 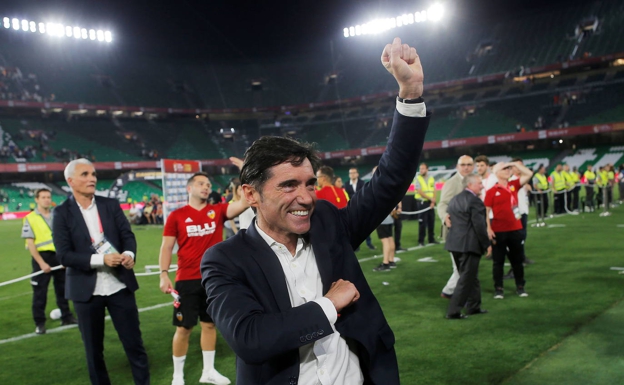 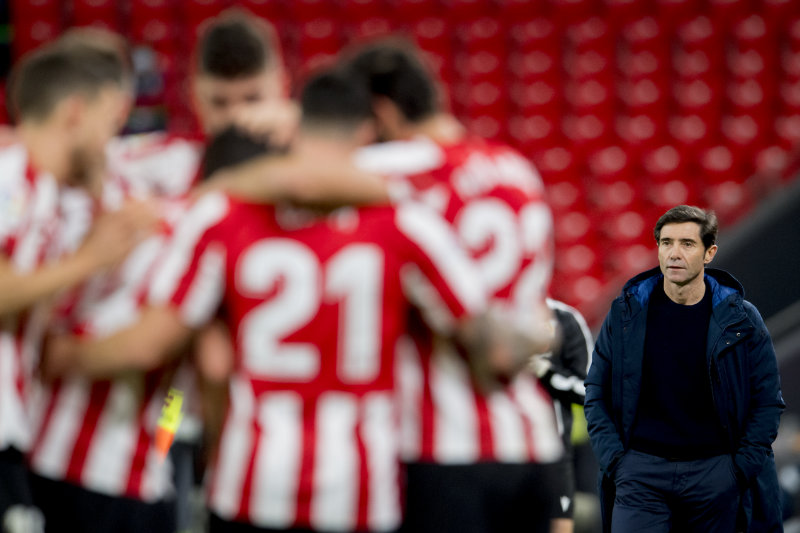 MGT is in charge of Athletic Club since January 4, 2021. After 12 days in his current position, he won the Super Cup semifinals against Real Madrid. 3 days later he won the second title of his career, the 2021 Super Cup, beating FC Barcelona in the final.

In addition, he managed to get the club into the 2021 Cup final, achieving two consecutive Cup finals in just 15 days, for the first time in the club’s history. This time he could not beat Barça club in Seville as in his two previous finals in that city. Being runner-up in the cup tournament in 2021 assured him a place in the 2022 Super Cup. The excitement continues.